“The idea of a supernatural God has alienated the natural characteristics of the human being.”
Max Stirmer said, “even the idea of ‘humanity’ is an alienating concept for the individual man and woman to intellectually consider in its full philosophic implication.”

What the hey are these guys talking about?

But they do it anyway.

These guys have observed through history:

The Stirmers and Feuerbachs, deluded, have reduced God’s world to a problematic one.

”They fool naive men and women through a few men’s arrogant, God-displacing,  brain cells, which are capable of the same uncertainty as yours or mine. When some doubt them, they invent Rationalism as a form for “knowing.”

These guys premise “there is no God” and then try to explain the world without Him. Friends, wouldn’t it take an equal God to know the existence or not of the true God? These guys ain’t gods, but their books appeal to folks looking to get out from under their conscience’ unrest, their accountability.

To be fair, we all have feelings regarding this issue of alienation and question our own individuality.

Anybody can live above seeming inequalities with an understanding of God who created us all uniquely. God places us into a body where diversity is seen as an asset. We see the other’s portion as a gift to us, and their faith as an inspiration while not understanding each other’s function fully.

“The idea of a supernatural God has alienated the natural characteristics of the human being?”

Isn’t that too bad? Babies who can’t grow up to be men and women like this quote. Only an infant deals with life by trying to change the rules or better yet, change the world. These cheaters bamboozle life to twist life and want everybody to buy their “harry potter” story.

“even the idea of ‘humanity’ is an alienating concept for the individual man and woman to intellectually consider in its full philosophic implication.”

Hilarity! Laugh, laugh, laugh. What are we? Freaks? Machines?

Folks, you are humans, please assume the reality.

In closing, do you see that all the philosophical nonsense is really about hindering God’s truth? And with that truth came grace, and mercy and unconditional love. This means that God hates your sin but will never, leave nor forsake any who come to Him, no never. Validation comes from The God of heaven.

Folks have differences and get offended by them, but spiritual folk agree to disagree. They don’t let differences come between them because love covers sin. Proverbs teaches us to let wisdom be our sister and understanding, our friend. When I become unalienated to these, all feelings of alienation vanquish. When I fall in love with God, security enables me to rest in my true identity,  love ya 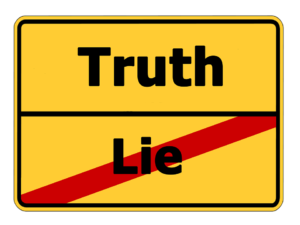