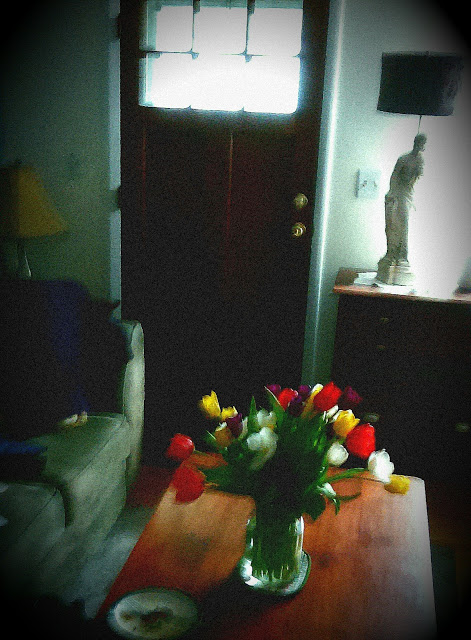 We would spend a week with my aunt Anna every summer in Greenfield. She was kinda rich we thought, and she took us everywhere on our visit including baseball games, the museum, the aviary, and the flower show. You could see old Forbes field from her back porch, where the Pirates played ball. At night we would walk to McGee field to watch the Soft-ball games as my ruddy complexioned aunt sold concessions in the bleachers, salty pretzel sticks and pop. The lights and warm air, fans and players remain in my memory today.

Pittsburgh was a sports town back in the days when John Henry Johnson ran touchdowns for the Steelers. He was an upright runner but had a lot of leg movement and was hard to corral and bring down. I remember that in spite of J.H.J. the team stunk up the field weekly and my Father said to play the Steelers was like taking candy from a baby.

The Pirates on the other hand were winners back then and thanks to auntie we went to five different games the year Clemente and “the deacon,” Vernon Law beat the Yankees in the series. We sat in the left field bleachers. I was just starting to understand the sports. At age eight or nine, it was really all about the thrill of doing and seeing new things, winning and losing didn’t matter a lot yet. We swam in the McGee pool late morning, girls went first and then the boys had their period for about a half hour each, I never knew why times were divided and was annoyed with having to wait. I didn’t grasp intricacies yet back then.

I knew of two religions, Catholic and Public and everybody belonged to one or the other. The neighbor kids in Greenfield went to Public School which meant they were going to hell when they died. In these days I discovered that chicken was a bird and steak was a chunk of a cow and a baseball was rolled up string with a cover; all major connections. So, one day my uncle took the Lord’s name in vain, shocking my pants off. At Catholic School we were taught that such expressions were “mortal sins” and also that the practitioners must go to confession because if they die with that kind of sin on their soul, they too would go straight to hell.

Life started to have questions as I developed a strong yearning to figure things out and hell thoughts played a big part in the motivation. My
heart-wish query became a snare many times, however, because most things shirk figuring and I still cannot grasp most of it. Many times I gave up trying and this led to emptiness that ate up a lot of my future, disturbing my ability for social continuity which is desperately needed in our world. These black-hole moments waxed into years and resulted in non-reflection and living for today; for tomorrow I die.The King, Solomon attempted to know the world through wisdom’s eye as he empirically examined good, bad, and even insane stuff. It all brought him to the discovery of “vanity,” and “all is vanity,” and that finding out things brings sorrow instead of the expected joy. Why, because we discover that all of our “progress” has taken us in a circle?  Yes, we must be delivered of this insatiable curiosity in order for healing to occur.
Some like to think that the drive for knowledge will lead us to God and they seek Him like “nirvana” and the loss of this drive will hinder
their chances. The empiricist looks to externals and experiences to perceive by sense evaluation; the rationalist intuits information with a belief that he has an innate resource of knowledge that makes itself known at certain times. But with both, the bed is too short and covering too narrow, so to speak. Whatever discoveries that are made through these natural efforts never reach the ultimate truth.
See, the insatiable lust provoking mental or sensual fulfillment systems of perception are a direct result of the fall of man in the garden. A vacuum was created then in the heart, and a deception which triggers the motivation for gaining more knowledge which the Bible says, “puffs up.” The quest, pitted by philosophers as a foundation for prosperous living is a simple lie necessitated by any who accept life to a lesser degree than God intends.
In contrast, God’s salvation answers all pertinent questions pertaining to life and godliness. Our interest as a saved believer relates to “knowledge of the Holy.” To desire the sincere milk of the Word, to want to know Christ and to seek Him creates a new path which liberates us from the old vain one. We’re getting healed.
Oh what a release from a treadmill that claims to be of the highest priority! Certainly it is fine to gain knowledge and we should, but
frankly, “I found it,” the day I received Jesus into my life; remember the billboard? When God said, “My people fail for lack of
knowledge,” He meant that they lacked the mind of Christ not just how to build a house.
Finally, as believers we can be swayed by a lust for sex, money, material, power, and honor. Perhaps knowledge helps all the lusts to gain
influence. Nevertheless, Paul wrote, I want to know as also I am known (by God) and I want to know Him, (The Christ). I’d rather have Jesus than anything this world affords today. The only knowledge worth having is of another kind and is past finding out unless revealed by Him. Love ya
Share
Tweet
+1