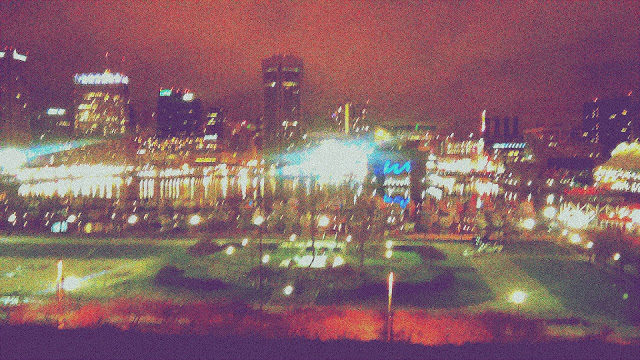 Yea doubtless, and I count all things but loss for the excellency of the knowledge of Christ Jesus my Lord: for whom I have suffered the loss of all things, and do count them but dung, that I may win Christ, And be found in him, not having mine own righteousness, which is of the law, but that which is through the faith of Christ, the righteousness which is of God by faith: Philippians 3:8-9.

For if by one man’s offence death reigned by one; much more they which receive abundance of grace and of the gift of righteousness shall reign in life by one, Jesus Christ. Rom 5:17

For I bear them record that they have a zeal of God, but not according to knowledge. For they being ignorant of God’s righteousness, and going about to establish their own righteousness, have not submitted themselves unto the righteousness of God. For Christ is the end of the law for righteousness to every one that believeth. Rom 10:2-4

Gifts are so much fun to receive. My old Webster’s says it this way: “A present; any thing given or bestowed; any thing, the property of which is voluntarily transferred by one person to another without compensation; a donation. It is applicable to any thing movable or immovable.” Another dictionary renders “Something given voluntarily without payment in return, as to show favor toward someone, honor an occasion, or make a gesture of assistance, a present.” These words paint the picture of a simple gift.

The word “gift” may also be used this way; “a notable capacity, talent, endowment.” Some folks have a gift of singing, some of fixing things, others of planting flowers. Because of this definition, “gift” in our context is easily confused with something that we do. However, before that “doing,” we must settle in our heart what the gift really is. Doing will eventually result, but right understanding must precede it.

Righteousness remains a gift which we can hold in our hand till the day that we die. The gift does not immediately translate into righteous character as some think. It’s wrong to think that a gift of righteousness would give a guy moral rectitude. Simply not true, just ask me.

Righteousness is a free gift and the grace of its reception is as big as the righteousness itself. It’s the nature of Almighty God. Oh, enjoy the gift! This is the point. You don’t deserve it, and no, you can never live up to it. Your righteousness is a coat, a robe, a breastplate. When you put it on you do not become superman. You become a person with new clothing, that when dressed in it, outfits you with God’s reality in His Son.

Paul is saying in Philippians, I don’t want to have my old kind of rectitude of the law. I wanna be found with the gift of Christ’s worthiness or none at all. If Paul could gain right standing by earning it, then why would God have even offered the gift? In contrast, the folks in Romans 10:3 set about to establish their own deal and were disqualified from the right-gift. Friends, what’s it gonna be, your big works program, or a humbly received gift, fully undeserved? We cannot have both.

As we can see, this premise sets us on one of two roads. The first road is one which requires that we match the right-status by working hard; the second possibility asks only that we revel in the glory of receiving something-for-nothing which is totally “not us.” The latter seems almost fraudulent by natural observation.

Per-chance a believer starts out by trying to earn it or live up to it. This exercise, people do often. Odds-on, they will change in time; God will not allow attempts at self-gained righteousness to go too far without resisting them. Comparative righteousness doesn’t cut it either. Being a more-developed-moral person than Sally or Joe may be proven objectively. Nevertheless, it has no clout with God.

We must say, Paul seemed driven to want only this gifting of righteousness and not the other. Why the desperation? The other kinds of righteousness are much more acceptable to our natural man, is the “because.” In fact, we most likely will battle our do-gooder self/flesh for a lifetime. Only a few find the status of the gift, and live in it; because we wanna try, try, and try some more. But Paul says “I glory in the cross of Christ.”

Let’s ask the question; what are we glorying in and who is getting the glory for your life? Grace, flowing out of the Person and work of Christ alone becomes the hero. John the Baptist said, “I must decrease, and Him increase.” Friends, glory in the cross which kills the religious man in all of us. Glory in that same cross of Christ that crucifies any attachments to this world, fame or fortune. Glory with Paul even in our disabling infirmities — that the power of God may rest on you.

In closing, glorying and reveling in the unspeakable gift is the posture of a broken man. God does not despise this kind; in fact He dwells with them to revive them. A man broken in pieces may be the most fortunate man alive; he has nothing left that He can do to earn favor with God. All that is possible with him would be to receive, maybe in tears, the gift of God.

A broken man is weaned from the milk of spinning wheels, he wants the meat of what takes effect. A broken man stands opposite the Pharisee and shouts, “have mercy on me, I am a sinner.” The contrite man comes away justified, he has the right kind of righteousness. Out of his earthen vessel comes a treasure; Christ the righteous! Love comes, compassion comes, longsuffering and joy emerge. He finds thankfulness, and it is perfect for him; he has been transformed into being a receiver.

Lastly, righteousness leads to, “The act, right, or power of giving.” Power to give, to bless, to serve another resides in one, and only one, kind of righteousness. The gift, the gift, the blessed gift! Enjoy it and give joy. Love it and love others, cherish it and cherish friendships, when you have found it, God will bless it daily. “The lips of the righteous feed many.” Love ya.